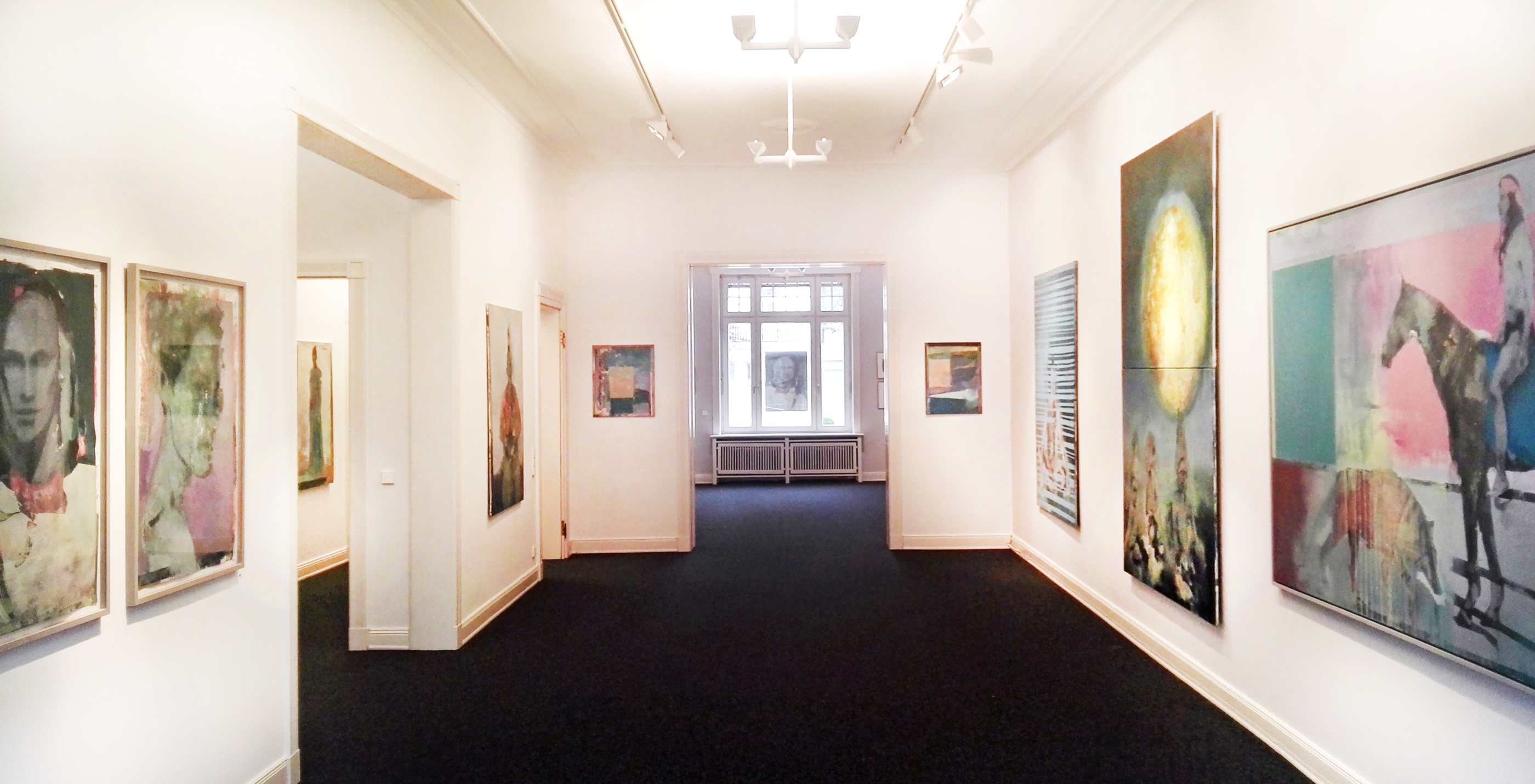 We are excited to show the works by Simon Nelke in his first ever solo show in our gallery in Hamburg. Nelke had an amazing start when we showed him in our YoungArt series in our gallery in the Jungfrauenthal 4 and is now counted among the best newcomers in the Hamburg art scene. The exhibition features large scale paintings on canvas as well as framed pieces on paper.
The way of creating art that is driving Simon Nelke is to uncover what lies below, layer by layer. He puts the shadows of the visible in the spotlight and makes the hidden the motif. Since the beginning of his university work he deals with people and people like figures. He makes them the protagonists of his works that follow the principles of placing and deleting. Layers and partially ripping off parts of the oil paint build the foundation of his remarkable technique. By that he reveals long covered parts of the painting again. Dreamy and mystical motives form the far east and far west and of indigenous tribes underline the dimension of the hidden. 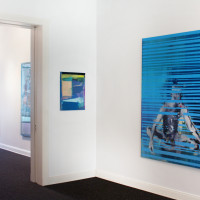 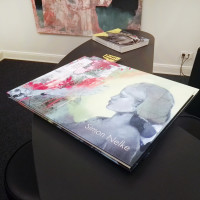 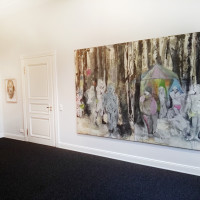 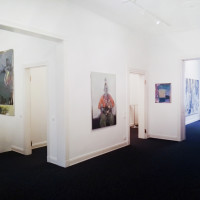 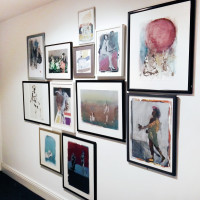 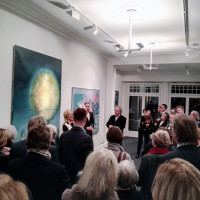 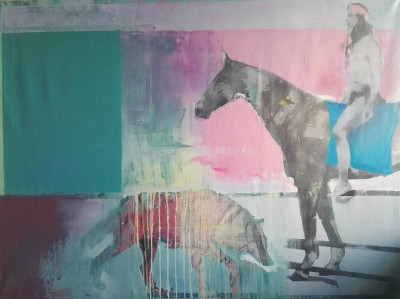 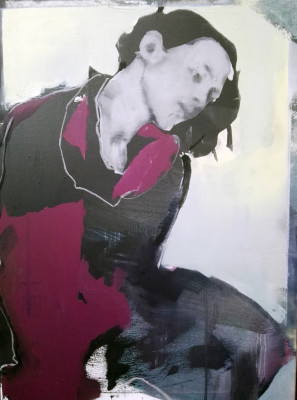 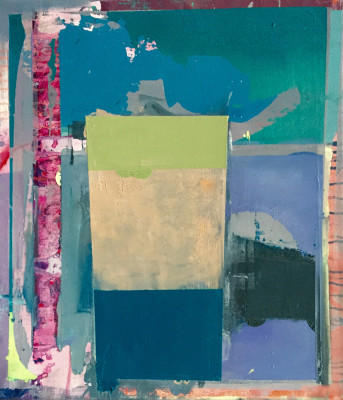 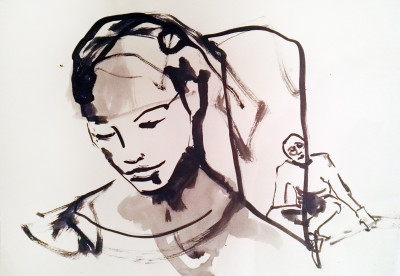 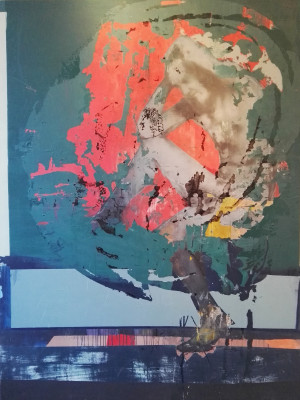 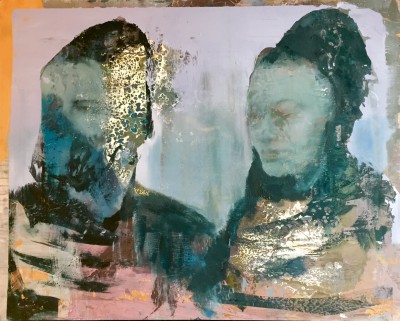 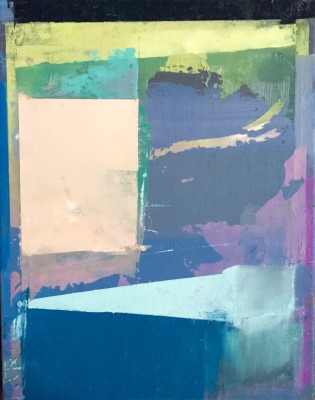 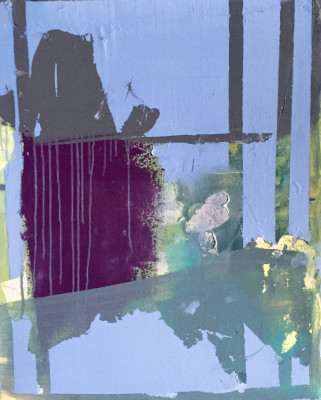 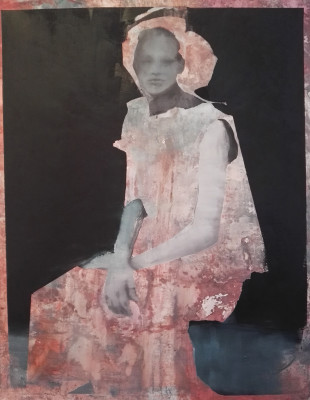 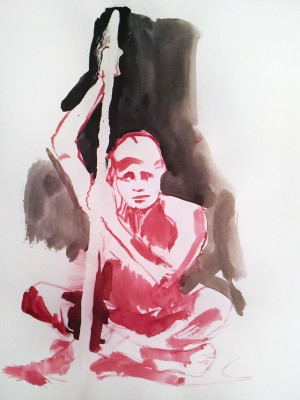 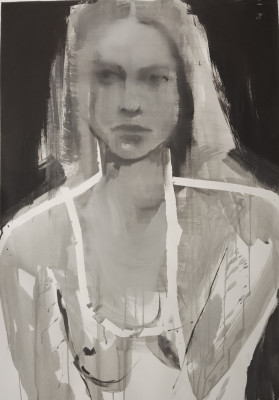 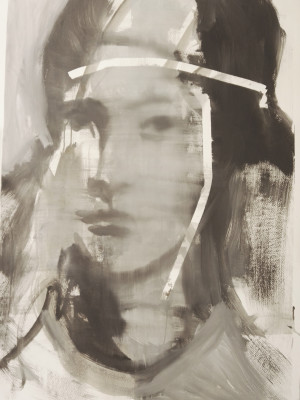 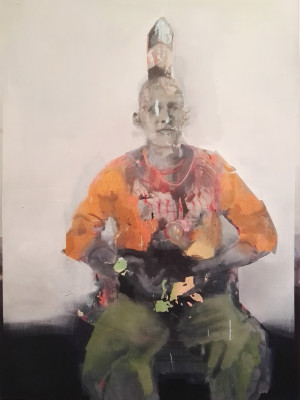 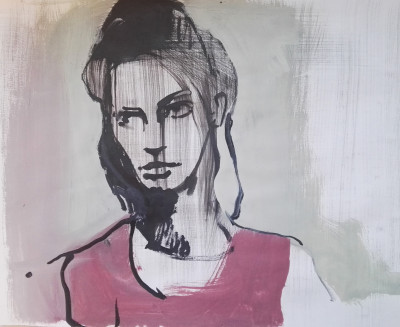 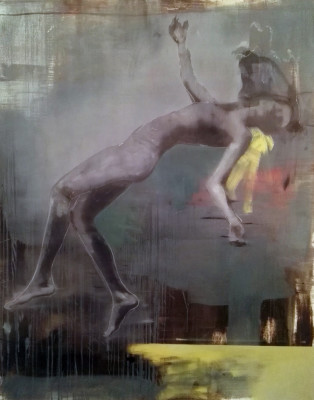 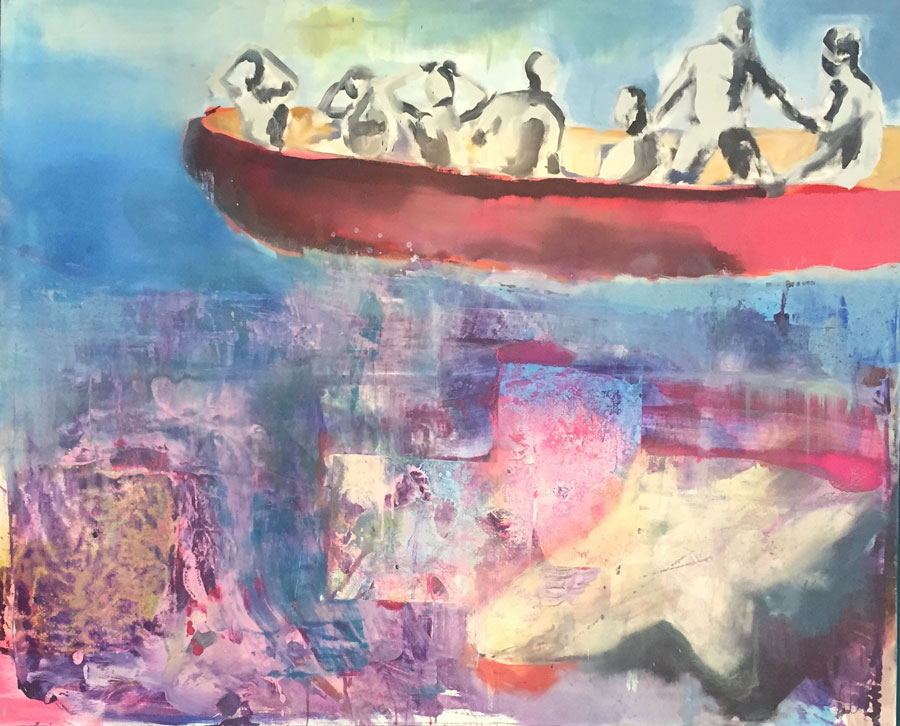